Yes folks that's right second spring will soon be upon us .No it's not a cousin to silent spring or a pagan holiday (that I know of ,I' m not a pagan).It doesn't even have it's own fat and fuzzy mascot to tell if it will be early or late . It's a term I read from Eloit Coleman referring to August first as his second spring because it's a whole new planting season. Most folks are just beginning to reap the benefits of all of their hard work in putting down all of that compost and carefully nurturing those seedlings and seeds .Anticipating  each day how far the plants have come (is that a bud on my peppers?) Battling both the weeds and vermin (we gotta eat more weeds) .
Second spring is when we start planting the crops that we'll harvest late into the fall and even into and through the winter . That's right through the winter. Eliot and others have put out some great  books on how to grow food year round (even without a heated greenhouse). I gotta tell you it was pretty cool last year when I asked Tyler our 7 year old grandson if he wanted to help me pick some veggies for Christmas dinner. He looked at me like I had 4 heads and exclaimed Grandpa it's winter there's no veggies to pick . The look on his face when we went out to one of the low tunnels and chipped away some of the frozen ground and voila! ! Tyler was picking carrots at the end of December .They were awesome !!. The cold temps bring out the antifreeze in the plants (no not prestone but sugar) that sweetens them up almost like a carrot candy. That's one way to get a kid to eat his veggies. So get ready for the second spring ! 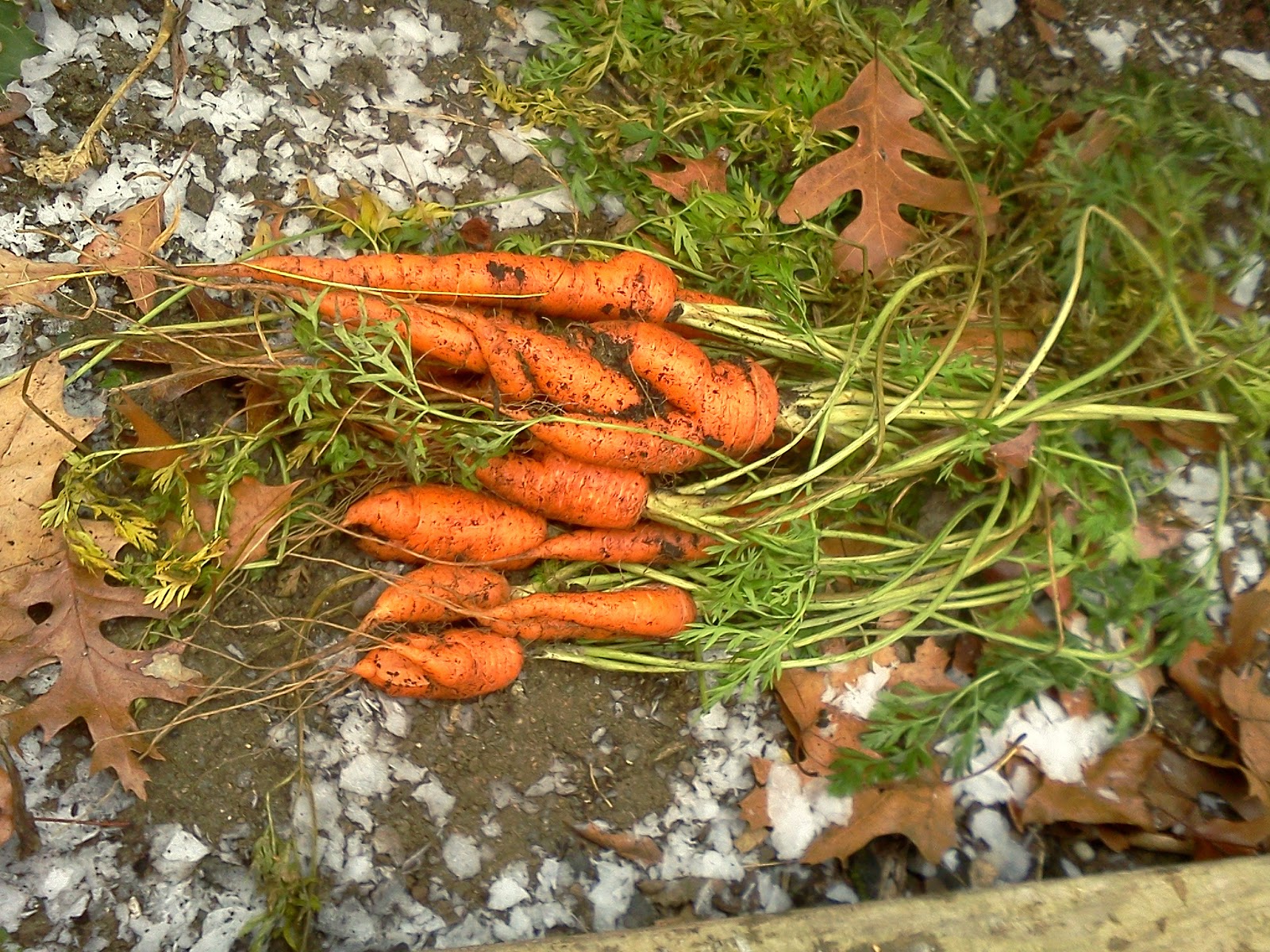